When is Winter Coming?!

This particularly dry weather and the recent fires throughout California has us concerned about when we can experience some wet weather to bring in those white fluffy flakes and confirm our hopes for a successful winter season up here in the mountains – Mostly because the whole state of California significantly needs some type of wet weather in the near future and partly because we really miss skiing! Luckily, Daniel Tackett, a local meteorologist and ski patroller at Sugar Bowl Resort sends out an informative e-mail update of local weather reports, particularly for the Donner Summit area! This morning on November 15th, 2018 we received some rather interesting news regarding upcoming weather changes. Here is what Daniel wrote:

We’ve reached the halfway point of November and Sugar’s Bowl scheduled opening day is not far off.  Early season precipitation values have been so dismal, the wildfire season continues.  Since late May, only a single widespread precipitation event has occurred, a moderate Pacific system in very early October.  Since then, a stubborn high pressure ridge over California has kept the Northern Sierra unusually dry.  Systems passing to our east have set up frequent northeasterly wind events, drying out the air mass and elevating fire danger.  The persistent dry air mass has created mild days with the coolest nights occurring mostly in the valleys.  The low dew points that reflect the dry air mass has at least helped with snowmaking.
The long precipitation break is finally showing signs of ending on the longer range models.  The high pressure ridge will continue the stable conditions through the weekend with some northeasterly winds, but not excessive.  Temperatures will change very little.  A weak area of low pressure is expected to approach Southern California on Monday.  Although the system will mostly consist of cloud cover and no precipitation to our south, it will begin to nudge the high pressure ridge eastward.  This will be a slow process as a new weather pattern attempts to establish.  It’s still early in the forecast period, so details of incoming precipitation are difficult.  At this time, no precipitation is expected through Thanksgiving morning.  A southwest flow will begin to develop mid-week to add a little more moisture to the lower levels, modifying overnight temperatures.  Precipitation chances may begin late Thursday or during the day on Friday.  Light to moderate precipitation is possible through the weekend.  Snow levels will need to be watched as some of the moisture may have a more southerly source.
As we approach Thanksgiving, details of the pattern change will become more defined.  Hopefully we’ll settle in to a wetter pattern and begin catching up on our precipitation deficit and start building this season’s snowpack.
Dan”

Dan works for the Air Resources Board who has been forecasting in Northern California for many years. He joined the ski patrol at Sugar Bowl in 1999 and a few years later, they discovered he was a meteorologist and they wanted to test him. He has been doing it ever since! If you wish to subscribe to his weather update list, simply inquire by sending him an email @ daniel.tackett@arb.ca.gov requesting to join. Side note: he uses an Air Resources Board email because of their excellent security protections! His next update will be this weekend and later in the month, it will become daily!

If you’re really itching to get out on the slopes, you have the opportunity to do so at a handful of Tahoe Ski Resorts! Most of the mountain resorts have had their snow making machines up and running during the low temp nights in preparation for their scheduled opening dates for this upcoming 2018/2019 season (as long as the weather conditions permit). Mt. Rose in North Lake Tahoe’s Nevada region opened as early as October 20th and has some of their lifts spinning on the weekends only. Boreal Mountain just off the Castle Peak/Boreal Ridge Rd exit from the I-80 opened last Friday, November 9th and will be open this week from 12pm-8pm 11/13 – 11/15 (check their blog for operating hours this weekend). Squaw Valley|Alpine Meadows, Northstar and Heavenly are scheduled for opening day tomorrow, November 16th! Kirkwood is not far behind and scheduled to open midweek on Nov 21st. Sugar Bowl has a scheduled opening day for November 30th. Tahoe Donner, Homewood & Diamond Peak are scheduled for early and mid December opening dates. Donner Ski Ranch has not yet announced an opening date.

Just a reminder that the above opening dates are scheduled only if the weather permits. So maybe if we all say a little prayer and cross all of our fingers and toes for those fresh flakes we love so much- or we can be realistic and just stick to the facts from Dan’s local weather updates as we are eager to learn more from his reports over the next couple weeks and we hope you subscribe as well. Either way there could be chance for a change in weather patterns (as Dan reported this morning) and  hopefully bring some much needed precipitation to our dry California lands. Then we shall ski and be happy! 🙂 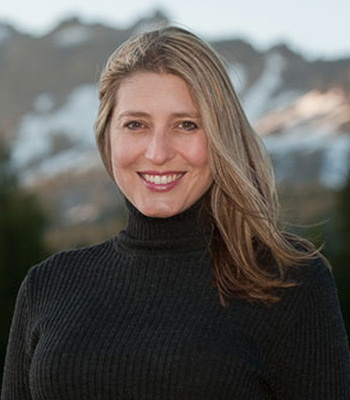 "“We were thrilled with our experience with both Krista and her staff at Serene Lakes Realty. They have extensive knowledge of the area, and they... continued"
-
All Testimonials
What's Your Home Worth? Free Valuation